Of all the images of the Queen published following her recent death, one caught my attention in particular – a photograph taken by Annie Leibovitz in 2007. It shows the Queen in full Garter Robes and diamond tiara in the White Drawing Room at Buckingham Palace.

The composition is unusual. The seated figure fills approximately an eighth of the frame, in the bottom right hand corner. Bright sunlight streams into the room from a window on the Queen’s left, highlighting her silver hair and diamond tiara, her rich robes and chains of office. It’s a portrait designed to reinforce the power and authority of the monarchy, and the setting certainly complements that intention. The room is elegant, lavishly furnished with red and gold brocaded chairs and settees. The carpet is richly patterned, the walls are adorned with decorated pilasters, mirrors reflect and re-double the splendour, and the chandeliers drip crystal teardrops.

But on the far wall behind the Queen, a huge doorway opens a dark interior. The details of the next room can’t be seen clearly, but it creates an uneasy absence in the centre of the picture, making the room appear uncomfortable and insecure, and despite all the chairs, I don’t think I would like to sit in there for too long. Or go through the central door.

The reproduction of the photograph I was looking at wasn’t a good one, so I went online to find a copy that I could examine in detail. Here’s an image that allows just that:

But something strange is going on. I didn’t notice at first that the Queen is not alone. In the far left corner of the room, a woman stands behind a chair, and she looks uncannily like Elizabeth as a much younger woman. The same figure, the same hairstyle, and around her neck the pearls the Queen always favoured. Stranger, the woman is standing in front of a large mirror, but her back isn’t reflected.

There’s another odd thing – the mirror behind the woman reflects a light source from a window which should be on the left wall, opposite the window where the Queen sits on the right – but the light doesn’t reach the space in the left foreground of the image. The way the mirror reflects the room creates an unstable image, as the eye alternates between seeing it as a mirror and as an opening through the wall to the room beyond.

And finally, and most creepily, there are two dark-suited men just discernible in the mirrors, one each side of the doorway. The one on the left must be standing against the left wall – but he’s not in the “real” space of the image. The other seems to be directly behind the viewer of the portrait – that’s us. Don’t turn around, but is he there now? 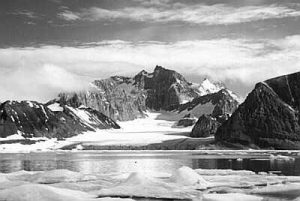 END_OF_DOCUMENT_TOKEN_TO_BE_REPLACED

In his essay The Uncanny,  Freud sets out to explore and define exactly what is is that what we identify as instances of the uncanny have in common.

He begins by exploring the origin of the word.  The German for uncanny is unheimlich, which is the opposite of heimlich, which means homely, or familiar.  Therefore, he argues, it is tempting to conclude “that what is ‘uncanny’ is frightening precisely because it is not known and familiar.” However, although some new things might be frightening, not all are.  So he determines that “something has to be added to what is novel and unfamiliar in order to make it uncanny.”