Recently I’ve been thinking about a couple of things that happen to me quite frequently.  There’s nothing particularly uncanny about them, but they are a little strange.

Firstly, when I’m reading, I often stop in the middle of a chapter, rather than at the end.  And when I pick up the book again, perhaps days later, my eyes are immediately drawn to the exact place I left off.  Sometimes, I go back a couple of paragraphs to make sure that I’m right, but I always am.

And when I’m browsing a newspaper, I may suddenly decide to read an article which normally wouldn’t attract my attention, but which turns out to include something relevant at that particular time.  For instance, last week I was looking for a bed-time book, and picked up Hilary Mantel’s memoir Giving Up the Ghost to re-read.  The same evening, I came across a newspaper interview with Amy Tan, in which she was discussing her favourite books. Umm, not compelling, I thought, and turned the page – but immediately I turned back and read that one of the author’s favourites was Giving Up the Ghost.

It’s as if my eye scans the whole page and my brain identifies the place on the page, or categorises its content, before I’m consciously engaged.  This seems to have something weird about it, but then I read a book that seems to make sense of the delay. 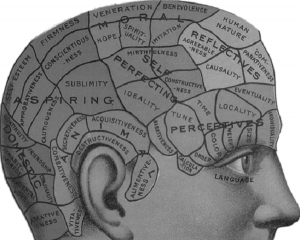 What is my brain thinking?

The neuroscientist David Eagleman, in his study Incognito: The Secret Lives of the Brain, says that “most of what we do and think and feel is not under our conscious control … Although we are dependent on the functioning of the brain for our inner lives, it runs its own show. Most of its operations are above the security clearance of the conscious mind.”  He tells of experiments that have found that people become aware of, in this example, an urge to move a finger, about a quarter of a second before they actually make the move, but that brain wave activity increases by over a second before that.  ” In other words, parts of the brain were making decisions well before the person consciously experienced the urge.”

Perhaps this delay plays a major part in the creation of an uncanny moment, where the brain recognises something that has yet to come into consciousness, but when the awareness does get there, there’s a confusion about the categorisation of the experience – we feel someone is watching us, for example, but can’t identify the souce of the feeling.

Michelle Paver creates such a moment in her excellent ghost story, Thin Air. It’s actually quite a similar tale to Dark Matter, which I discussed earlier, but this time the action takes place in the Himalayas rather than the Arctic.  A climbing expedition is not going well.  Dr Stephen Pearce, the medic, tells of the hardships of the journey and of the increasing sense of dread awakened by the landscape.  He begins to imagine someone standing outside his tent, he hears footsteps and there’s no-one there.  He tries to rationalise his uneasiness: “I mean it’s lack of knowledge which lets in the shadows.  The fleeting glimpse causes the brain to weave nightmares – whereas if one turns on the light, then the “something glimpsed”, or in my case half heard, becomes thoroughly understood, and the brain is set at ease.”

Later, he’s asleep in his tent.  But “I’m awake in an instant.  Something’s wrong.  A sound woke me, but now it’s stopped.  I’ve no idea what it was, only that I’m afraid.  I’m huddled on my side with my knees drawn up to my chest.  My scalp is crawling, my breathing fast and shallow.  Why?  What does my body know that I don’t?”

It turns out, Stephen. that perhaps it’s better that you don’t know!